How to Run Android Apps & Games on Your PC

What if you want to use them on your PC? If you simply copy the apk file to your PC and assume it works then you are wrong, as the operating system does not know how to deal with those files.

This is where an android emulator fits in. An android emulator is a software program that can simulate the Android operating system and provides a platform for all such apps developed specifically to run on it.

Please note, there are many popular apps that already have their PC compatible version which you can use directly on your PC without any emulators for eg. apps like Whatsapp, Facebook. Telegram, Skype, etc.

Now, If you want to run android apps on your PC you will have to use an Android emulator. There are many such emulators available on the web for free and In this post, I have discussed some of the most popular emulators out there which will help you run your favorite apps or games on the large screen.

The Android Studio Emulator is part of the Android Studio which is the native IDE for android development and testing. Android developers use it to build, run and test Android applications right onto their PCs. This IDE already comes with a full-featured Android emulator that can easily be used to run Android apps on your PC. If you're an app developer, the built-in tool will be more than enough for you. You can run any android app in the emulator.

The emulator does not offer much customization options and lacks many useful features already available on other emulators out of the box. If you just want to test your apps on pc this would be enough for you.

Bliss OS is not just an emulator it's an open-source android platform in itself similar to Windows and Mac. It's a fork of Android x86 Project. You can install and use it through a virtual box or boot it through a USB drive. If you want to you can install this on a separate partition and use it along with your other operating systems.

The Bliss Os features a desktop-style launcher, a taskbar, a bliss button and the ability to run apps in windows. The operating system supports all touch and non-touch devices which is another added advantage. It may sound like too much for an android emulator but the stability and performance is worth the try.

Bluestacks is one of the most popular android emulators out there and has been around for a long time. it's available for both Windows and MAC and was the first emulator to be compatible with a wide range of android apps and games. The emulator has recently been improved for better performance, graphics, and support.

Its support for high-end games like PUBG Mobile and Call of Duty is absolutely amazing. The emulator also has streaming capabilities built right into it which is another added advantage.

GameloopGameloop (also known as Tencent gaming buddy) is another powerful android emulator specifically designed for gaming. It only has a limited number of games that you can install and play but the list is expanding every day and includes all of the popular apps and games. I have been using this emulator for some time and I am really impressed by its performance and graphics quality. The emulator runs very fine even on average-spec PC.

Nox Player is another powerful and popular emulator for PC that supports a wide range of android apps and games. It is very light-weight and still has lots of features built right into it. It also includes support for Google Playstore, and thus you can download and run any android app as you do on your smartphone.

This emulator comes with full root access and support for real device emulation which means you can mimic any device make and model.

It is highly customizable and has many unique features. The Macro Recorder is one such unique feature, using which you can record all the sensory inputs like touch gestures, physical sensors like accelerometers or gyros, etc right when you play a game. You can then replay them again whenever you wanted.

MEmu or Memuplay is another android emulator especially suited to games, relatively new in the market in comparison to others but lightweight and supports a range of android versions. The emulator is highly customizable, you can limit the CPU usage, memory utilization, resolution, and various other things. The overall performance of the emulator is quite good but still, some improvement is needed in the graphics part.

The emulator has recently been updated with many new features and fixes and also adds multiple touches and macro recording abilities. The latest version at the time of writing is MEmu 7.1.3. If you're looking for an emulator for gaming, you must give it a try once.

There are many other android emulators that I haven't mentioned in the post. The reason is either they lack important features or are especially suited to development processes. These are some of the emulators that I have used myself and was really impressed by their features and performance. If you have any suggestions or feedback. Please let me know. 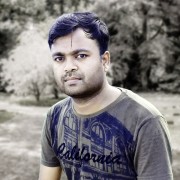 I am a Full stack developer and love to build stuffs with code. Metabust is my personal space I created to share my knowledge and experience on a wide range of things and connect with you people, If you're a developer you'll find it useful.

10 Brain Training Apps to Incorporate Into Your Daily Routine

10 Essential Skills to Survive in The Tech Industry

Popular Blogs
How to Monitor Your Internet Speed in Realtime in Windows 10
How To Find The Total Number of Pages on a Website?
Create a Simple Responsive Login Form With Html and CSS
How To Use Another Laptop/PC As A Secondary Monitor?
How To Use TeamViewer Remote Control Over LAN

Notification A second ago